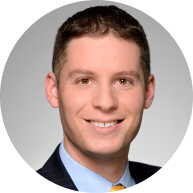 – Mr. Phillips is a patent attorney that practices in all areas of intellectual property law, including preparation and prosecution of patent, trademark, and copyright applications. He has prepared and prosecuted U.S. patent applications in technical fields including power tools, electrical motors, semiconductors, batteries, vehicle brake systems, autonomous vehicles, and computer software. Mr. Phillips has also prepared and prosecuted hundreds of U.S. design patent applications for many types of designs. In addition, he frequently collaborates with counsel in Europe, Canada, and China in connection with the prosecution and filing of foreign and PCT patent applications. He is a member of the bar of the State of Indiana, and is registered to practice before the U.S. District Courts for the Southern and Northern Districts of Indiana as well as the United States Patent and Trademark Office.