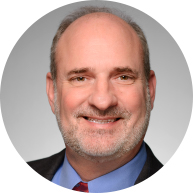 Mr. Wood practices in all phases of intellectual property law, including intellectual property litigation, preparation and prosecution of patent, trademark and copyright applications and patent infringement and validity analysis, with a technical emphasis in electrical, electromechanical, mechanical and medical device areas. Prior to practicing with the firm, Mr. Wood was an attorney in a large general practice law firm. He also worked for ten years in the aerospace industry as a systems engineer working with satellite architectures and prior to that served as an assistant engineer on board a U.S. Navy nuclear powered submarine.

Mr. Wood received a J.D. with merit from the George Washington University Law School in 1998. He also received a B.S. degree with honors from the United States Naval Academy and an M.A. from the American University. He is a member of the bar of the State of Indiana, and is registered to practice before the United States Patent and Trademark Office. Mr. Wood is also admitted to the Northern and Southern District Courts of Indiana and the Ninth Circuit Court of Appeals.