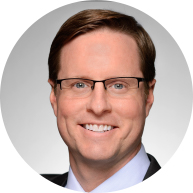 Mr. Fowler practices in all areas of intellectual property law, including preparation and prosecution of patent, trademark, and copyright applications, infringement and validity analysis, and licensing, with a technical emphasis in the mechanical, electromechanical, and electrical arts.  He is a member of the bar of the State of Indiana, and is registered to practice before the United States Patent and Trademark Office. Mr. Fowler is also a member of the American Intellectual Property Law Association.